This is a sponsored conversation written by me on behalf of International Delight.  The opinions and text are all mine. 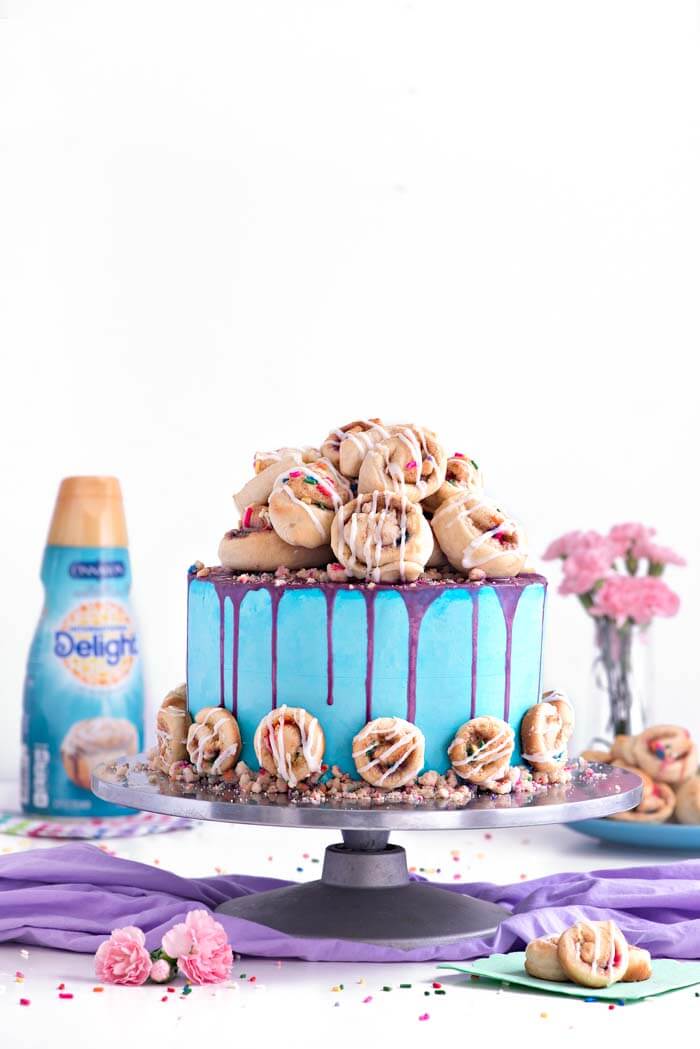 Everyone knows that cake is best enjoyed when you do not have to share it with anyone else. Just you, a fork and that buttercream goodness.

But every once in a while, you come across a cake that is SO amazing, you feel guilty keeping it all for yourself. A cake that not only looks good, but also tastes like a little slice of heaven. 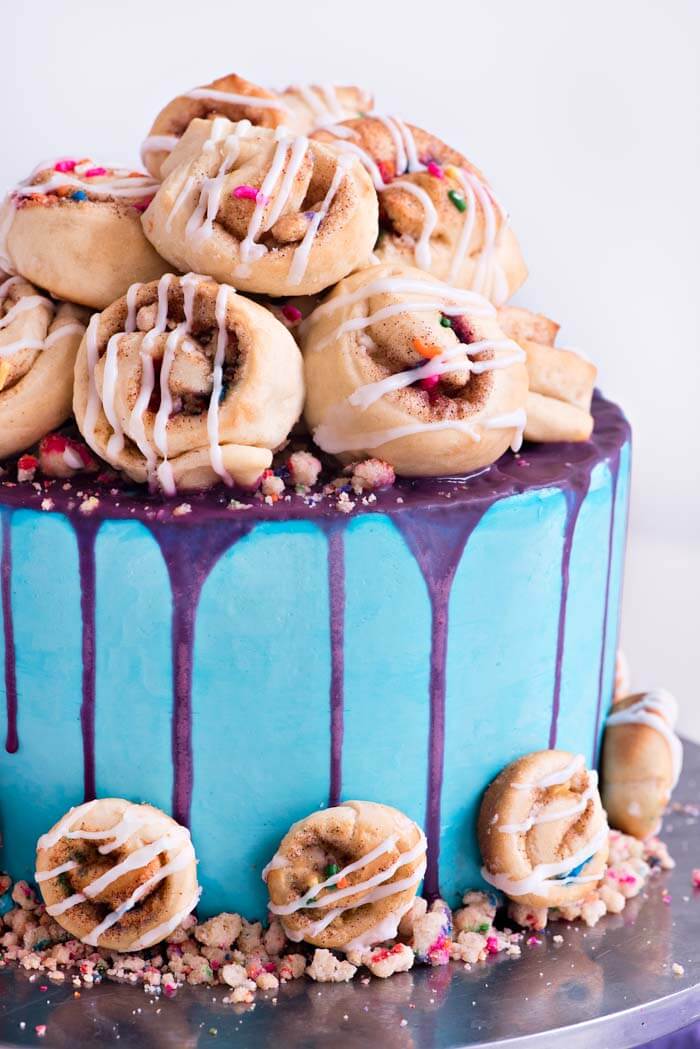 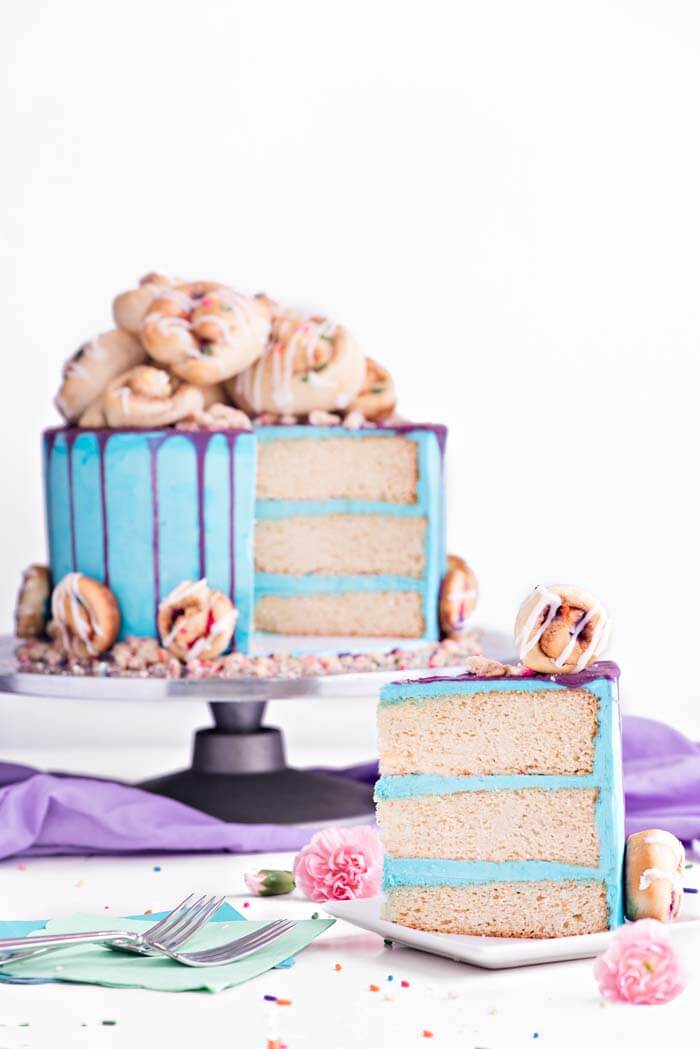 I like to call those Show Stopper Cakes. And this Cinnamon Rolls Birthday Cake is definitely one of them. 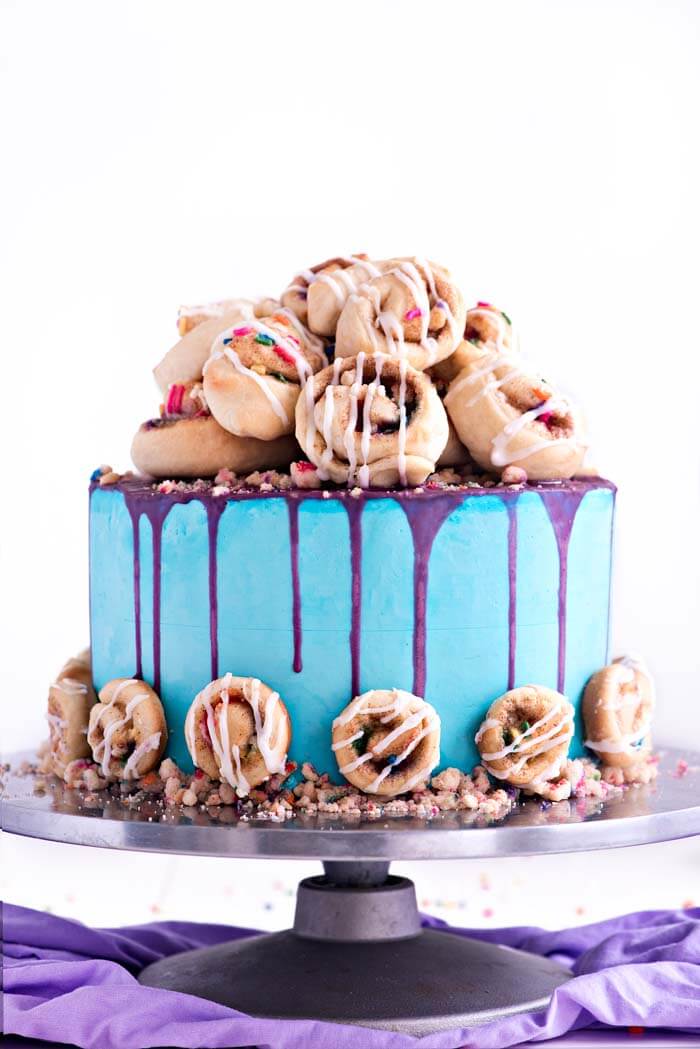 I know this cake has a lot of steps because it requires you to make the cake, buttercream and drizzle along with the Birthday Cake Crumble and Cinnamon Rolls. To not get so overwhelmed, I suggest making the cake and crumble ahead of time and freezing them. Then make the buttercream, Cinny Rolls (some mini and some big) and ganache the day of! I promise you…it is SO worth it. 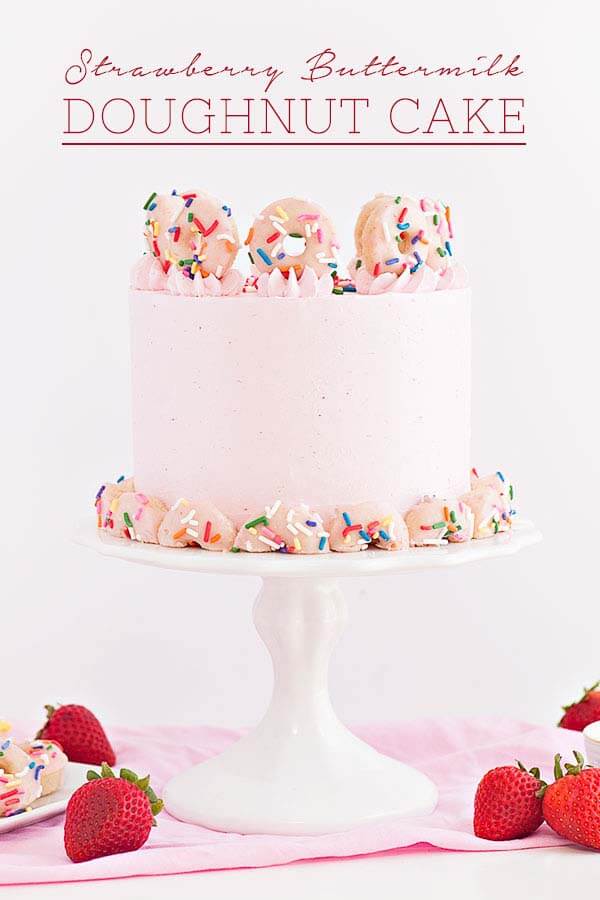 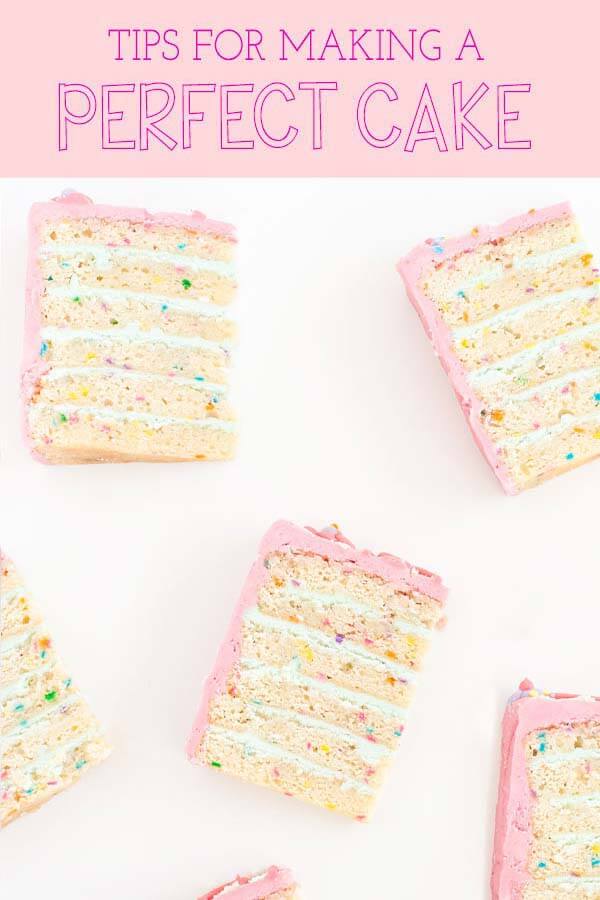